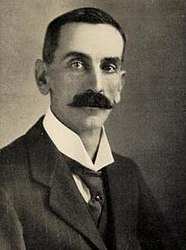 Percy Furnivall FRCS (5 April 1868 – 3 May 1938) was a British colorectal surgeon who was a champion cyclist in the 1880s and wrote an early book on athletic performance, Physical Training for High Speed Competitions, that was published in 1888.

He retired early due to ill-health and died of throat cancer in 1938 having prompted a debate in the columns of the British Medical Journal about the merits of surgery compared to X-rays and radium in the treatment of cancer.