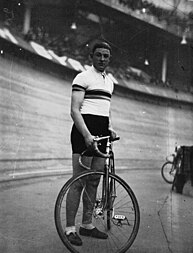 Kaers was born in Vosselaar. In 1934 he became the youngest world road champion, winning in Leipzig at 20. It was the first time he had ridden the race. He also won the Tour of Flanders in 1939, and the Belgian national championship in 1937.

His last race was on the track at Ordrup, near Copenhagen, Denmark, on 9 May 1948. He finished fourth in an omnium competition.