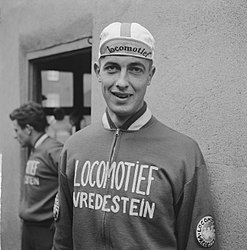 Born in Koningsbosch, Schröder won his first professional race in 1961, when he outsprinted Henk Nijdam and Adriaan Biemans in the Omloop der Kempen. A year later he was the strongest in the Ster van Zwolle. His third and final professional win came in 1966 when he won the criterium race in Enter. During his further career he reached three more second places and three more third places in professional road cycling races. In the later part of his career, in 1976 he won a silver medal in the individual pursuit at the Dutch track cycling championships.

Schröder died on 4 January 2007 in his hometown Koningsbosch at the age of 65.