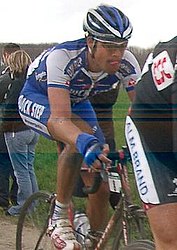 A routine out of competition drugs test performed on Van Impe caused controversy in March 2008. Van Impe was asked to give a sample for testing whilst at a crematorium making funeral arrangements for his deceased son, and was warned that failure to provide a sample would count as a refusal to give a sample, for which sanctions apply. Professional cyclists racing in the Paris–Nice and Tirreno–Adriatico performed demonstrations over the lack of respect shown to Van Impe.

Van Impe retired in March 2012, having only joined the Vacansoleil–DCM team in January of that year.