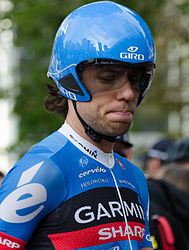 A few days before the start of the 2009 Tour de France, it was announced that Dekker had tested positive for EPO in a retroactive test carried out on a urine sample taken in December 2007. Dekker initially protested his innocence but he later admitted to using EPO, claiming it was a one-time mistake. He eventually admitted to using EPO over at least parts of the 2007 and 2008 seasons, although he declined to give exact dates. Dekker was suspended for two years, from 1 July 2009 to 30 June 2011.

Dekker's career has been marked by other doping allegations. He was a client of Luigi Cecchini, an Italian doctor who was investigated in relation to doping matters, though Dekker adamantly denies that Cecchini was involved in his doping. In 2009 he was also questioned in the Humanplasma doping scandal, a suspected doping ring connected to Austrian manager Stefan Matschiner. Dekker retired in March 2015 after narrowly failing to set a new world hour record.