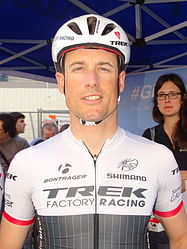 In the 2014 season, Vandewalle was riding for Trek Factory Racing, after three seasons with Omega Pharma–Quick-Step and its precursor Quick-Step. His first victory in the team's colours was a third national time trial championships in May 2014, in Hooglede.