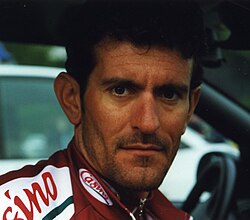 Alberto Elli (born 9 March 1964) is an Italian former road racing cyclist, who wore the yellow jersey for 4 days in the 2000 Tour de France. Elli was called up late for the 2000 Tour de France, and after a group of 12 cyclists stayed away from the others, Elli became a surprise leader, being the second oldest cyclist in the peloton. He kept the yellow jersey until the Pyrenées mountains, where he lost it to Lance Armstrong.

After retiring, he worked as a directeur sportif for several professional teams.