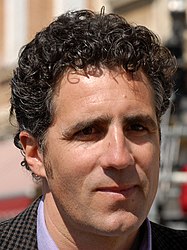 He won the Giro d'Italia twice, becoming one of seven people to achieve the Giro-Tour double in the same season. He wore the race leader's yellow jersey in the Tour de France for 60 days. Since the revoking of Lance Armstrong's seven wins, he now holds the record for the most consecutive Tour de France wins and shares the record for most wins with Jacques Anquetil, Bernard Hinault and Eddy Merckx. He is the most recent cyclist, and one of the very few cyclists, to have come close to cycling's 'Triple Crown' when in 1993, after having already won the Giro and the Tour, he finished just 0:19 behind in the World Championship.

Induráin's ability and physical size—1.86 m (6 ft 1 in) and 76 kilograms (168 lb)—earned him the nickname "Miguelón" or "Big Mig". He was the youngest rider ever to win the Spanish amateur national road championship, when he was 18, at 20 the youngest rider to lead the Vuelta a España, and at 20 he won a stage of the Tour de l'Avenir.