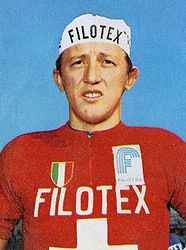 In late 1971 he turned professional and the same year won the Giro della Toscana. He placed eighth overall in the 1975 Tour de France and won the Liège–Bastogne–Liège race in 1981.