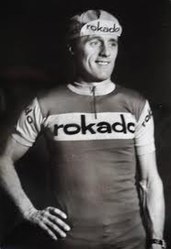 He was active in the same years as the brothers Eric and Roger De Vlaeminck. Together with his own brother, Daniël Van Damme there was a bit of a "battle" between the two families.

The first Albert Van Damme A-cyclocross race was held in October 2011 and was won by Sven Nys.