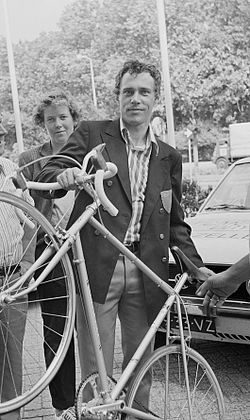 Jan Jozef Alfons Franciscus Krekels (born 26 August 1947) is a retired cyclist from the Netherlands. He became Olympic champion in the 100 km team time trial in 1968 with Joop Zoetemelk, René Pijnen and Fedor den Hertog; at the same Games he came in 11th in the road race. He also won the 19th stage of the Tour de France in 1971 and the prologue of Paris–Nice in 1970. He retired from professional cycling in 1978.

Krekels won three four major races of 1968, including the Tour of Austria, to be selected to the 1968 Olympic team. In 1969 he turned professional. He turned down a contract with the French team, Bic because he did not speak French. He rode instead for a small Dutch team and his career fizzled out.