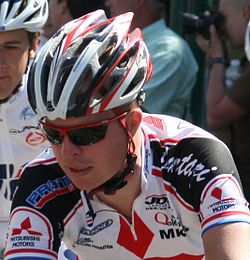 In November 2013, van Dijk announced his retirement from professional cycling, after fourteen seasons. Later that month, it emerged that van Dijk had illegally used ozone therapy during the 2011 season, and was given an eight-year ban as well as a €10,000 fine.