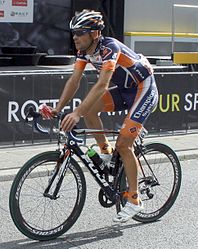 After racing for Perutnina Ptuj at Continental level for four years – the team folded in 2008 – he raced for the Japanese team Meitan-Hompo and then joined Perutnina Ptuj again as the team was re-established. He was the first Slovenian cyclist to win a 2.HC race at Tour of Qinghai Lake. It was the points he gathered at the UCI Asia Tour that helped him get a contract with a UCI ProTour team for 2012.

Gazvoda rejoined Gebrüder Weiss–Oberndorfer for the 2014 season, after his previous team – Champion System – folded at the end of the 2013 season.