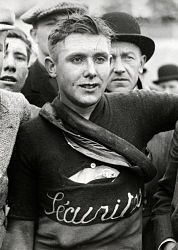 His career was interrupted by World War II. He also won some victories after the war, but his best years were before it.

He also participated in the Tour de France twice, without much success.

The Grote Prijs Beeckman-De Caluwé in Ninove has been named after him.