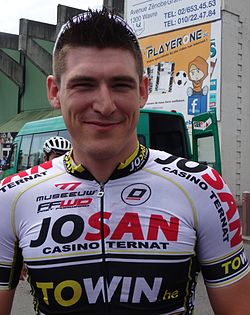 In 2013, Breyne was accused of using illegal drugs following the discovery of clenbuterol in a sample taken following his participation in the Japan Cup. Breyne was cleared by the Union Cycliste Internationale, who accepted the drug had entered his system as a result of eating contaminated meat while taking part in a race in China.