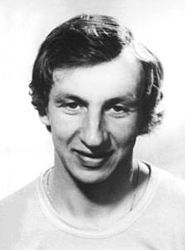 Vladimir Yuryevich Osokin (Russian: Владимир Юрьевич Осокин; born 8 January 1954) is a retired Soviet cyclist. He won a silver and a gold medal in the 4000 m team pursuit at the 1976 and 1980 Summer Olympics, respectively; individually, he finished in fourth and fifth place. Between 1975 and 1981 he won five silver medals in the individual and team pursuit at the world championships.

As a road racer, he finished second in the multistage Peace Race individually and first in the team competition in 1977.

Osokin has a degree in engineering from the Kirov Leningrad Institute of Textile and Light Industry (now St. Petersburg State University of Technology and Design).