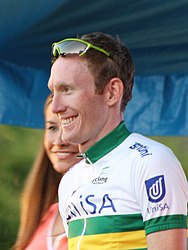 He was selected for the 2014 Tour de France finishing the race in 151st position on the General Classification. Outside of cycling Dempster worked part-time as a fitness coach with Australian rules football team Carlton Football Club during the southern hemisphere summer between 2010 and 2013.