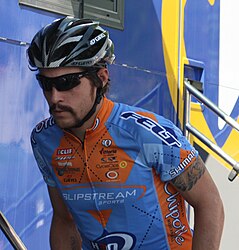 Cozza helped his father co-found the Boy Scouts equality advocacy group Scouting for All when he was 12 years old.

Cozza broke his left collar bone in his first race of 2010 on stage 2 of the Tour of Qatar, requiring surgery as it was the third time he had broken it. Cozza announced that he would be taking a break from professional cycling in February 2012, in order to fully recover from colitis. As of July 2012 he is a Realtor for Frank Howard Allen in Petaluma, California.