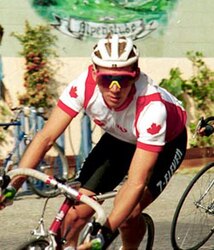 Brian Clifford Walton (born December 18, 1965) is a Canadian cycling coach and former professional road and track cyclist. His racing career spanned 18 years, racing professionally for North American pro teams 7-Eleven, Motorola, and Saturn. He represented Canada at the Pan American Games, Commonwealth Games, and the Olympic Games in 1988, 1996 and 2000. He won a silver medal in the points race at the 1996 Summer Olympics in Atlanta, Georgia. Walton was inducted into the BC Sports Hall of Fame in 2006.

Walton is a former partner at Cadence Performance Cycling Center in Philadelphia. He now is the president of Walton Endurance.