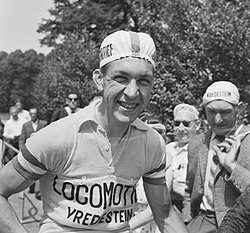 He was born in Koningsbosch and died, aged 83, in Brunssum.