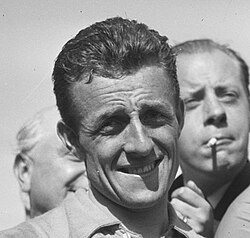 He also won the Challenge Desgrange-Colombo competition three years running, from 1956 to 1958. This was the forerunner of the Super Prestige, later replaced by the UCI Ranking Points List.

After his professional cycling career he went on to become a popular TV sports commentator, a team manager, and finally a spokesman for the Panasonic cycling team.