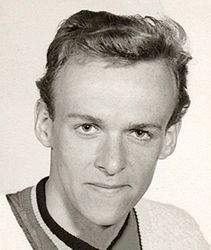 Pettersson's brothers, Erik, Sture and Tomas, were also Olympic cyclists, and their quartet was known as the Fåglum brothers. They won the World Amateur Cycling Championships in 1967–1969 and a team silver medal at the 1968 Summer Olympics; three of the brothers were also part of the bronze-winning road team at the 1964 Games. In 1967 they were awarded the Svenska Dagbladet Gold Medal.

After the 1969 World Championships the Fåglum brothers turned professional. In 1970 Gösta won the Tour de Romandie, Coppa Sabatini and Trofeo Baracchi (with brother Tomas), and finished third at the Tour de France and sixth at the Giro d'Italia. Next year he won the Giro d'Italia, Giro dell'Appennino and Giro delle Marche. During the 1971 Giro he only managed to finish on the stage podium twice and did not win any stages, but was able to win the Maglia Rosa by finishing higher than the GC riders in the time trials and staying with or ahead of them in the mountains.

He finished sixth at the 1972 Giro d'Italia and seventh at the 1973 Tour de Suisse. During the Giro he defeated Merckx in a sprint finish on stage 7 to claim a stage win and come within only +0:10 of Merckx for the overall lead, the only competitor even close to Merckx in the standings. He stayed with the two time Giro champ for the next several stages but ended up losing time in the split time trial of stage 11 and fell back in the standings.

His last major success was second place at the 1974 Tour de Suisse.

Of the Grand Tours he preferred to ride the Giro, competing from 1970-1974 finishing in the top ten four times, never finishing worse than 13th. He rode the Tour De France in 1970 finishing on the podium behind Eddy Merckx and Joop Zoetemelk.

After finishing atop the podium in the Giro, ahead of Herman Van Springel and Italian rider Ugo Colombo, he started the 1971 TDF, but abandoned the race prior to reaching the Jaques Anquetil Velodrome.

Pettersson never raced in the Vuelta.