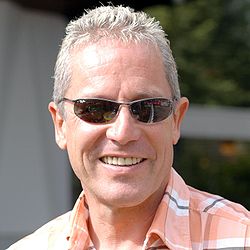 Dietrich ("Didi") Thurau (born 9 November 1954 in Frankfurt) is a retired German professional road bicycle racer. His biggest career achievements include winning the one-day classic, Liège–Bastogne–Liège, his home country's Deutschland Tour and surprising the field at the 1977 Tour de France by capturing four stages and holding the yellow jersey as leader of the general classification from the prologue for 15 days. Thurau did win the young rider classification although he lost the overall lead to eventual winner Bernard Thévenet.

Thurau was German pursuit champion three times and won 29 six-day races. He is the father of former professional cyclist Björn Thurau. In 1989, he revealed he had doped throughout his career.