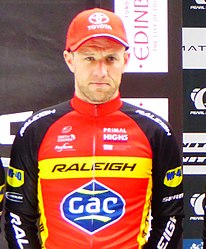 He competed in the Under-23 road race at the 2004 UCI Road World Championships in Verona, Italy. Oliphant represented Scotland on the track and in the 2006 Commonwealth Games in Melbourne on the road.