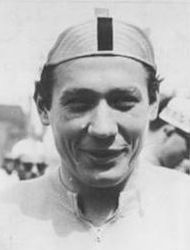 Yury Afanasyevich Melikhov (Russian: Юрий Афанасьевич Мелихов; 1 April 1937 – February 2000) was a Russian cyclist. He competed in the road race and 100 km team time trial at the 1960 and 1964 Summer Olympics. In 1960 he finished in fourth place on the road and won a bronze medal in the time trial. In 1964 he finished in 60th and 5th place respectively.

After retirement from competitions he coached cycling teams in Saint Petersburg and in East Germany.