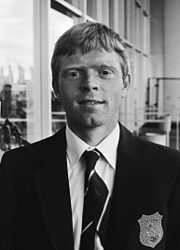 Peter Johannes Gertrudis Winnen (born 5 September 1957) is a Dutch former road racing cyclist. He competed at the 1980 Summer Olympics in road racing and finished in 26th place. After the Games he turned professional in 1981. Among his 14 victories were two stages at Alpe d'Huez in the Tour de France and a national championship. He came third in the Tour de France in 1983.