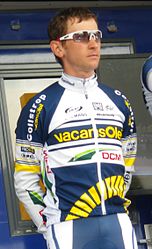 Born in Opole, Morajko made his professional debut in 2003 for the team Antarte–Rota dos Móveis. In 2007, he was finished second at the Polish National Road Race Championships. Three years later, he won the road race and also two stages and the general classification of the Course de la Solidarité Olympique and the Tour of Małopolska. In 2011, he won the Coupe des Carpathes.