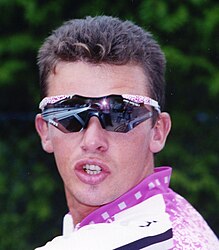 He debuted in the amateur categories for Soviet Union. As a professional, his best results include a 4th place overall in the 1990 Giro d'Italia, a 10th overall place at the Tour de France in 1993 and 1994, and a second place overall at the 1994 Tour de Suisse and the stage victory in the Giro. He also competed in the men's individual road race at the 1996 Summer Olympics.

Poulnikov retired from professional cycling in 1998.