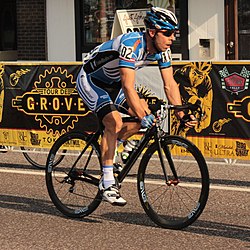 In 2006, he won the Nature Valley Grand Prix, ahead of teammate Greg Henderson. In 2005, he finished first overall at the International Cycling Classic. In 2007, he won stage 1 of the Jacob's Creek Tour Down Under and was the overall winner at the International Tour de Toona stage race.