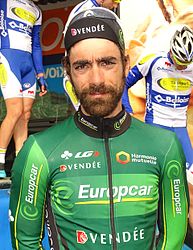 In October 2015 Cofidis announced that Cousin would join them from 2016 on a two-year contract, after six years with Team Europcar and its previous iterations. He returned to the team in 2018, now known as Direct Énergie, upon the expiration of his contract.