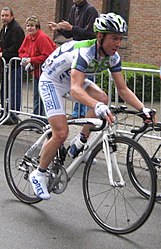 Hervé became a professional rider in 2002. His first win came in 2006 when he won the Manche Atlantique. Later that year he would also win the Grand Prix de Plumelec-Morbihan. In 2007 he participated in the Tour de France but withdrew from competition after stage 7.