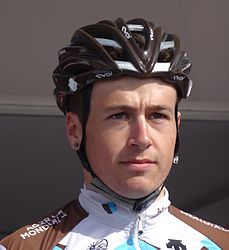 He specializes in time trials and track cycling. He became professional in 2014, as a member of the Ag2r–La Mondiale team. He was named in the start list for the 2015 Vuelta a España, where he took his first grand tour stage win on the nineteenth stage, making a winning attack from a breakaway group.