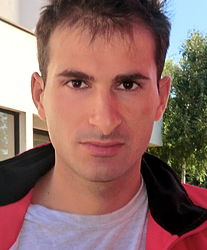 Yoann Bagot (born 6 September 1987) is a French former professional road bicycle racer, who competed professionally between 2011 and 2019 for the Cofidis and Vital Concept–B&B Hotels teams. He was a member of the Cofidis team that competed at the 2013 Tour de France, where he withdrew in the third stage. His father, Jean-Claude Bagot was also a professional cyclist, best known for winning a stage of the 1987 Giro d'Italia.