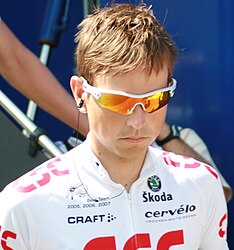 He rode the Vuelta a España eight times, and the Giro d'Italia two times during his career, serving mostly as a domestique. On five occasions, he was part of the Belgian squad for the World Road Race Championships. Although Van Goolen was considered a big talent as a youngster, winning the award for Best Young Belgian Rider in 2000, his professional career never really lived up to these promises. In January 2014, he announced his retirement.