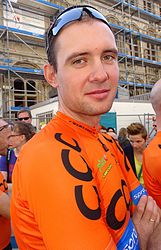 Samoilau did not compete in the professional peloton in 2013, but joined CCC–Polsat–Polkowice for the 2014 season.

During the 2015 Tour of Austria, Samoilau was fined a month's salary by his team for having said "fucking nigger" to Natnael Berhane, a black rider from Eritrea.