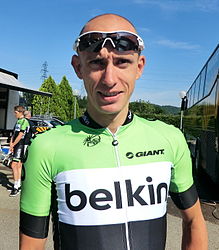 In December 2014 he was announced as part of the squad for the IAM Cycling team for 2015, joining the team alongside fellow Belkin Pro Cycling rider David Tanner. He returned to the renamed LottoNL–Jumbo team in 2017, when IAM Cycling folded.