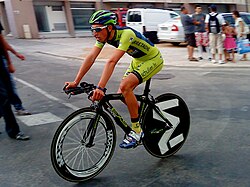 Hardy left Bretagne–Schuller at the end of the 2012 season, and joined Cofidis for the 2013 season. After four seasons with Cofidis, in September 2016 Hardy announced that he would rejoin the former Bretagne–Schuller team, now known as Fortuneo–Vital Concept, for the 2017 season. In June 2017, he was named in the startlist for the Tour de France.