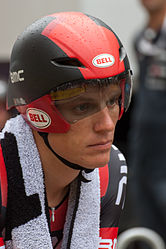 Born in Geuensee, Schär has competed in twelve Grand Tours during his career, and was the winner of the Swiss National Road Race Championships in 2013. He competed at the 2012 Summer Olympics. His father Roland Schär was also an Olympic cyclist.