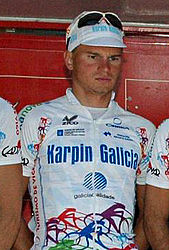 On 5 February 2016, he was suspended for a positive test of meldonium in a drug test conducted on 14 January. His provisional suspension was lifted in May 2016, as evidence emerged that athletes who had taken meldonium before January 1, the date the ban started, could have tested positive after the fact. In December 2016, Vorganov joined the Minsk Cycling Club team for the 2017 season.