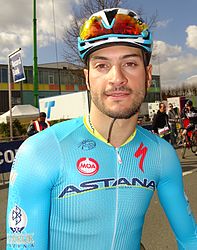 Guardini left Farnese Vini–Selle Italia at the end of the 2012 season, and joined Astana on a two-year contract from the 2013 season onwards. In September 2016 it was announced that Guardini would join UAE Abu Dhabi for the 2017 season.